"The (OAS) Mission has failed to provide any sound basis for a credible vote count in the first round of the election. http://mrzine.monthlyreview.org/2011/wj180111.html 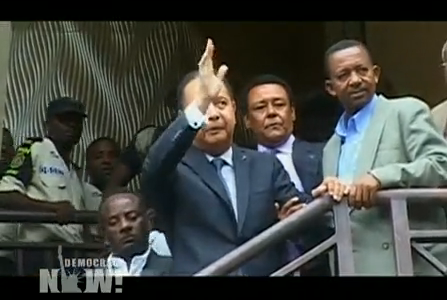 The Front Pour L'Avancement et le Progress Haitien (FRAPH) was was a quasi-governmental paramilitary group which supported the FADH. U.S. reaction to the 1991 coup was slow and tentative. This was evident when the USS Harlan County was turned away at a dock in Port-au-Prince. U.S. embassy personnel waiting at the dock were surprised when the ship decided not to dock as a result of the small group of lightly armed FRAPH members shouting at the ship. The drunken Haitians, in essence a mob being goaded and paid by the FRAPH, were chanting "Remember Somalia!"

Operation Restore Democracy was launched in September 1994 to intervene, by force if necessary, to restore Haiti to constitutional rule withthe return of the presidency to Aristide. Initial policy was for U.S. forces to work with the Haitian Armed Forces (FADH). This changed shortly thereafter to disarming the FADH as well as the FRAPH. During the later stages of the intervention, U.S. policy changed once again, this time to treat the FRAPH as the "loyal opposition party" to the Lávalas party. Treatment of the FRAPH as an opposition party to the Lávalas lessened U.S. support within Haiti. Also, this equal recognition of the FRAPH and the Lavalas was not in keeping withthe humanitarian aspects of the operation, since the FRAPH were well known for their atrocities.

Until 1990, Louis Jodel Chamblain was a sergeant in the Haitian Armed Forces, and a member of its elite Corps des Léopards. He is alleged to have headed a death squad under President-for-Life Jean Claude "Baby Doc" Duvalier, who fled the country for exile in 1986. In 1993 he co-founded the paramilitary organization FRAPH (Front pour l'Avancement et le Progrès d'Haïti, Front for the Advancement and Progress of Haiti), whose acronym is phonetically identical to the French/Creole word for "hit." He served as its "Coordinator," the number two leadership position behind Secretary-General Emmanuel "Toto" Constant. The other two members of its central committee were Alphonse Lahens, a prominent Duvalierist, and Mireille Durocher-Bertin, a lawyer who was murdered in 1995 (HRW 27 Feb 2004, Williams 29 Feb 2004).

Chamblain was in direct control of FRAPH death squads that operated during the period of "de facto" military rule from 1990 to 1994. He fled to the Dominican Republic in 1994 after U.S. forces restored democratic rule. On September 17, 1995, a Haitian court convicted Chamblain "in absentia" of taking part in the September 1993 assassination of Antoine Izméry, a Port-au-Prince businessman who favored restoring democratic rule under then-exiled President Jean-Bertrand Aristide. On November 16, 2000, another Haitian court convicted Chamblain of "voluntary, premeditated homicide" in connection with the April 1994 massacre of men, women, and children in the Gonaïves slum neighborhood of Raboteau. He also had a role in the assassination of Justice Minister Guy Malary, who was machine-gunned to death with his bodyguard and driver in October 1993. According to a 1993 CIA Intelligence Memorandum obtained by the Center for Constitutional Rights through the Freedom of Information Act, "FRAPH members Jodel Chamblain, Emmanuel Constant, and Gabriel Douzable met with an unidentified military officer on the morning of 14 October to discuss plans to kill Malary"
http://www.globalsecurity.org/military/world/haiti/fraph.htm
jafrikayiti 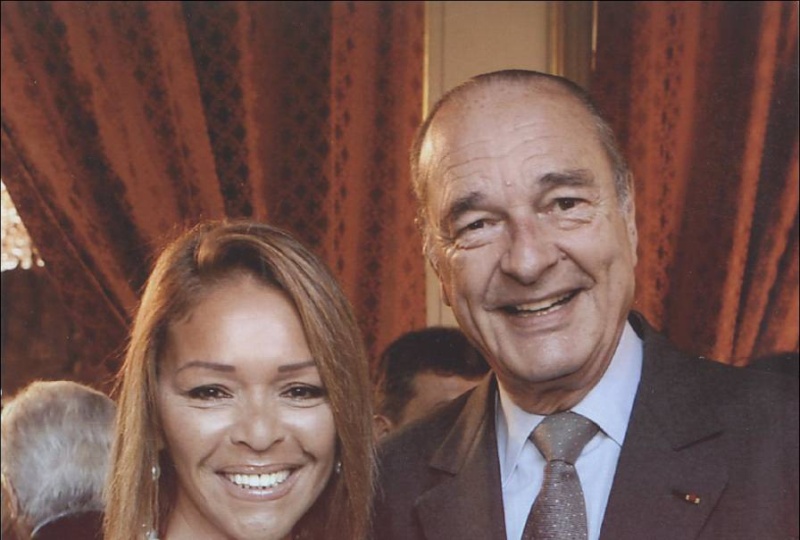 Former dictator Jean-Claude ``Baby Doc'' Duvalier remained holed up in a swank hotel Monday, receiving visits from the secret police that once terrorized the country and fueling fears that his return will deepen a political crisis from disputed presidential elections.

The visit caused foreign governments to scramble. Canada and the United States denounced his return, with Canada releasing a terse statement referring to Duvalier as a ``dictator.''

Meanwhile, the French denied suggestions that it was complicit in his arrival from France, where he has lived since he fled into exile amid a popular revolt 25 years ago.

``This was no plot. We did not know he was coming,'' French Ambassador Didier Le-Bret said, adding that he only learned about Duvalier's intended visit after he boarded an Air France flight from Guadeloupe.

``He's not a focal point of the French government,'' Le-Bret said. ``He's a simple French citizen, he's allowed to do what he wants to do.''

The Obama administration expressed concern and worry that Duvalier's sudden appearance could have ``an unpredictable impact'' on Haiti's delicate political state.

Haiti's government, meanwhile, sought to downplay Duvalier's presence and its impact on the country as it wrestles with who will replace President René Préval as he nears the end of his five-year presidential term.

The government announced that a controversial report on the presidential elections will officially be handed over to the Provisional Electoral Council, which will determine which candidates among the three front-runners should advance to a runoff.

Jose Miguel Insulza, secretary general of the Organization of American States, said Monday that he ``had no opinion'' on Duvalier's visit. Instead, he sought to downplay the impact of the OAS election report, which suggests that popular singer Michel ``Sweet Micky'' Martelly replace government-backed candidate Jude Celestin in the runoff.

The report, Insulza said, is based on ``calculations'' and not results.

``It's not in our power to give results,'' he told The Miami Herald. ``We are not publishing any kind of results.''

Préval and Prime Minister Jean-Max Bellerive have disputed the report, saying its conclusions were based on faulty methodology. Insulza, who defended the findings, said he was ``in no position to change the report.''

But the focus Monday was less on who would enter the runoff, and more on Duvalier, who returned to the country shortly before 6 p.m. Sunday. Throughout the capital, victims relieved their trauma as his friends and supporters smiled with nostalgia, arguing that the country was better during his rule.

``After 25 years, we are nostalgic,' said an elderly woman who identified herself as Madame Gerard Destin, who visited Duvalier. ``He's happy that we were able to see each other again after 25 years. He wants peace, unity and love.''

Ralph Brossard, 53, an urban planner said he, too, was happy to see the dictator's return and hoped that more exiled presidents would follow.

Duvalier's father, Francois ``Papa Doc'' Duvalier, he said, was a witness at his parents' wedding more than 50 years ago.

Still, even he was baffled by the visit and its timing, particularly after visiting Duvalier at the Karibe hotel.

``What's happening is Préval's last stand,'' he said. ``Préval doesn't want to go into exile. This is his last card. I think he made a deal for Duvalier to return.''

Préval has not publicly commented on the return, but those close to him said he was as surprised as everyone.

Bellerive said the passport Duvalier used to leave France was issued in June 2005 by the then U.S.-backed interim government of Gerard Latortue. It expired last year. Others who have seen the travel documents confirmed that the passport was expired.

Haiti was calm Monday as the crowds that greeted Duvalier at the airport were replaced at his hotel by three dozen journalists waiting for the chance to talk with Duvalier. A planned news conference was canceled.

Human rights groups in Haiti and the U.S. demanded Duvalier's arrest as victims, such as United Nations official Michel Montas, relivedtrauma from the Duvalier's reign of terror.

``I am outraged, angry and dismayed that this could happened,'' said Montas, a former journalists and radio station owner who spent six years in exile after being jailed for 10 days, then expelled in 1980.

Montas said she had no explanation for her treatment. She said she plans to file a civil action against Duvalier for ``arbitrary arrest, forced exile, torture.''

``What bothers me the most is the fact that so many people seem to have forgotten what happened,'' she said. ``When I talk about Nov. 28, 1980, when our radio station was ransacked, destroyed, when all of the journalists present at the station were arrested -- young people have no notion that something like this could have happened.

``I tell them that the price that we paid for freedom of the press they are enjoying right now was a price paid in blood. Journalists died, they were killed.''