The gradual reduction would be co-ordinated with the UN and other South American nations with troops in Haiti.

"We can't have a disorganised exit that creates a situation of chaos," Mr Amorim told the BBC.

Mr Amorim said the security situation in Haiti had substantially improved since the mission began in 2004.

He noted that there had been two democratic elections since the force was deployed.

But Mr Amorim said no timetable had been drawn up for the reduction and eventual withdrawal of peacekeeping troops.

And he said the Brazilian draw-down would initially be limited, as Brazilian troops had responsibility for the capital, Port-au-Prince.

Brazil's leadership of the UN force has been seen as a test of its ambition to play a greater role in regional security as it seeks a permanent seat on the UN Security Council.

The peacekeepers were brought in to Haiti to restore order following the overthrow of President Jean-Bertrand Aristide in 2004.

The force was expanded after the devastating earthquake in January 2010, which killed more than 200,000 people and left the capital, Port-au-Prince in ruins.

But the UN mission has been dogged by controversy.

Last year there were widespread protests after Nepalese peacekeepers were accused of being the source of a cholera outbreak that killed more than 6,000 Haitians.

Just last week, Uruguayan peacekeepers were accused of raping an 18-year-old Haitian man after a video of the alleged incident circulated on the internet.

Five Uruguayan marines are to face trial for the alleged assault, and the Uruguayan government has promised "maximum penalties" if they are found guilty.

Mr Amorim said Brazil's desire to begin withdrawing troops was not related to the allegations against the Uruguayans, which have provoked outrage in Haiti.

Haitian President Michel Martelly said the incident had "revolted the conscience of the nation".

President Martelly has acknowledged that Haiti still needs the UN peacekeepers, but wants their security role reduced and eventually replaced by a Haitian force.

He is still struggling to form a government, five months after winning power in a UN-backed election.

Sa yo di yo fè an pa vle di anyen. 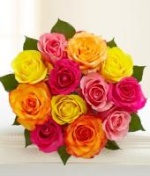 The sooner the better ;I think the brazilian soldiers are more needed in Brazil than in haiti.Go home ;we don't need you ;we never did.You are not doing anything to alleviate the sufferings of the people.Don't be the prison guards for the imperialists.Brazilians should be ashamed of what the foreign soldiers are doing in haiti.Lula should have done that before leaving the Presidency.

If we need foreign help after you withdraw your troops from our country we will ask the venezuelans ,the bolivians, the equatorians , the cubans to help us. we dont' need brazilian , uruguayan mercenaries ,delinquants in our country.
revelation

Go home ;we don't need you ;we never did.


If we need foreign help after you withdraw your troops from our country we will ask the venezuelans ,the bolivians, the equatorians , the cubans to help us.