Once again, our country Haiti is in turmoil and thus in the front and editorial pages of the U.S. mainstream press. The justified revolt of the Haitian masses against the centuries old genocidal plots of our sworn enemies is once again being sold as the incapacity of Haitians to resolve our differences and govern our country. Were Haitians to “play nice” and allow the continued abrogation of our sovereignty, the pillage and plunder of our country’s resources, to be play toys for foreign tourists, and to be no more than a cheap labor pool for international capitalism then, of course, our country would cease to be called a failed state. Haiti was born in struggle. Struggle is in our DNA.

We are a coalition of 4 New York City based Haitian community organizations, Citizens Committee to Protect Haitians, KOMOKODA (The Committee to Mobilize Against Dictatorship in Haiti), Fanmi Lavalas NY Coordination, and Platfòm Pitit Desalin who have come together to demonstrate our support for our sisters and brothers who are in the streets of Haiti fighting and dying for justice and their human right to respect and dignity. We support their demand for the immediate ouster of illegitimate U.S. installed puppet President Michel “Sweet Micky” Martelly; the end of the US-UN occupation of our country; and the end of the 200-plus years of foreign meddling in the political affairs of our country.

We ask everyone to join us this coming Friday February 5th, 2016, 1pm-4pm as we protest outside the New York City office of the US State Department. For those who are not in the area we are calling for all in the Haitian diaspora and all true freedom loving people wherever you maybe to hold a protest that day or sometime this week in solidarity with the people of Haiti. February 7th is a historic date for our people. It is the date that the Duvalier dictatorship was forced to flee in 1986. On that day in 1991, Jean Bertrand Aristide, our first democratically elected president came to power. It is day this year that the apprentice dictator Martelly is to give up power. He has so far said that he will not leave. 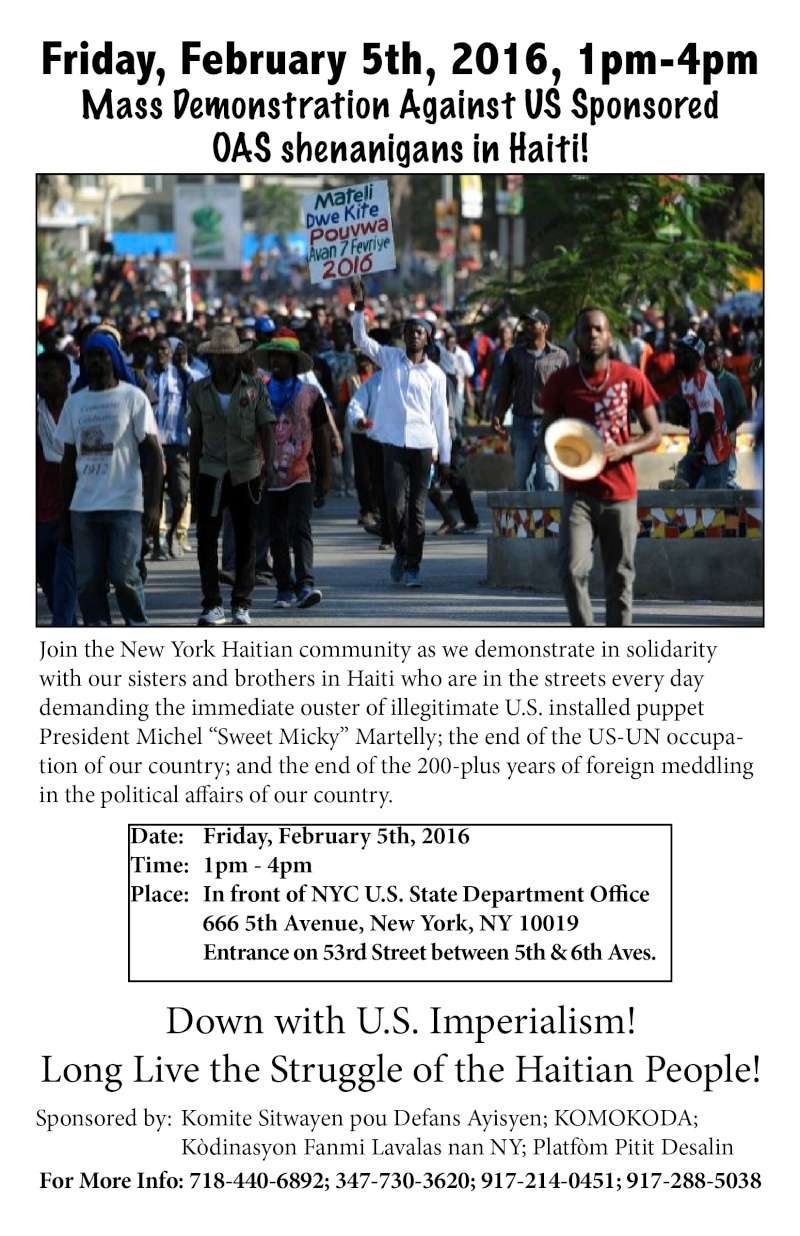 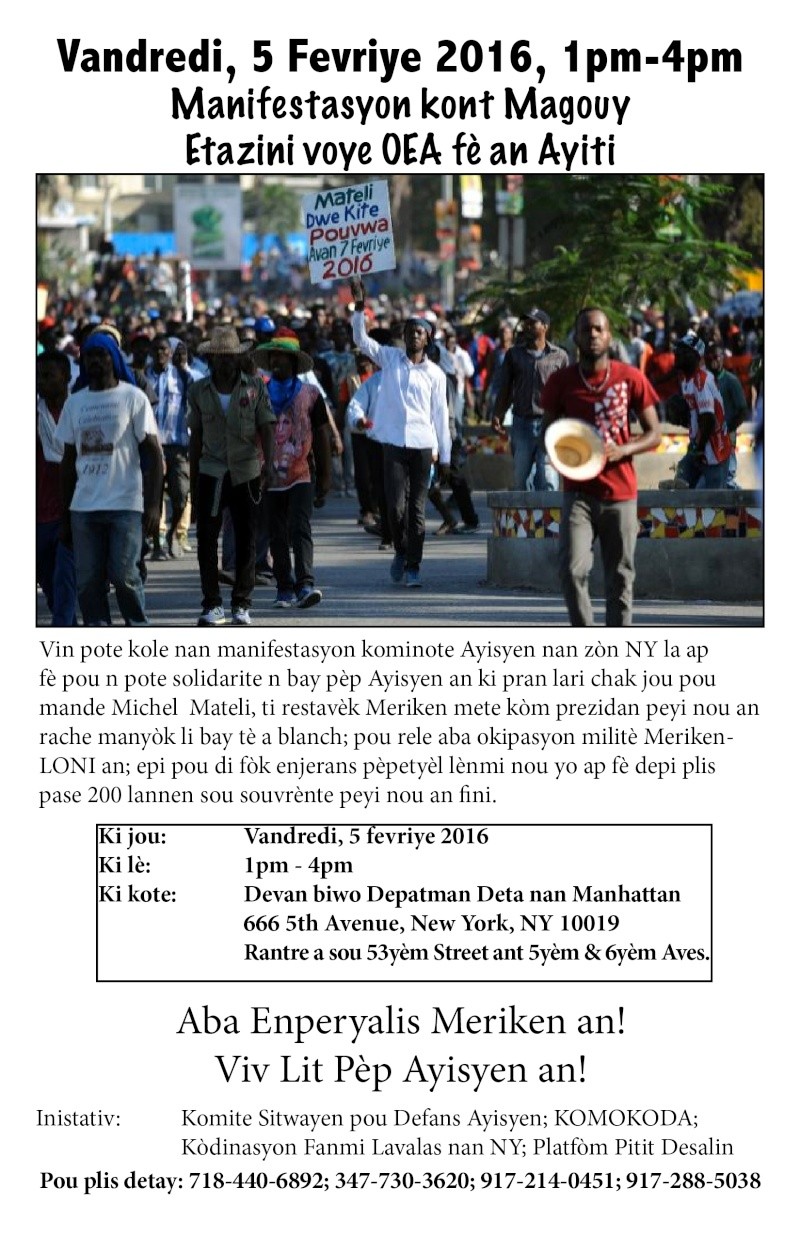