When former US president Bill Clinton asked his daughter Chelsea about Paul Farmer and the organisation he helped found, Partners In Health, she responded, “Oh, dad, he’s a saint. He’s our generation’s Albert Schweitzer.”
Dr Farmer would be the first to deny any claims to sainthood, and although he recently picked up a Hero Award from the US Centre for Disease Control and Prevention in Atlanta, Georgia, he would hardly describe himself as one.

However, Chelsea Clinton’s comparison with Schweitzer is not without merit.
Both were/are exceptionally dedicated medical doctors and accomplished authors.

Schweitzer, like Farmer today, worked for many years in sub-Saharan Africa.
Christianity has also played an important role in the motives of both men when it came to treating the poor.

Dr Farmer and his colleagues at Partners in Health made unprecedented progress and gained worldwide acclaim in treating tuberculosis and Aids in Haiti.
For about $150 to $200, one per cent of what it costs to treat a tuberculosis patient in the US, Partners in Health, relying on community health workers, stopped the spread of the disease in central Haiti in its tracks.

Almost no one in the catchment area has died from TB since 1988.

By the late 1990s, the clinic had also reduced the transmission of HIV from infected mothers to their babies to 4 per cent, as low as the rate in the US at the time.

Partners in Health’s model of community health care, many observers believe, could be the model that can be replicated throughout the developing world.
Dr Farmer went to Haiti as a 22-year old college graduate.

He would spend a year travelling around the island and talking to ordinary Haitians about their health conditions and volunteering his services to various hospitals and clinics.

It was while working for a small charity called Eye Care Haiti, which conducted mobile outreach clinics in Haiti’s central plateau town of Mirebalais, that he met Ophelia Dahl, one of the founding directors of Partners in Health.

The two travelled around the central Plateau region going from village to village and house to house asking rural Haitians what they should do to help them; something that development agencies and NGOs are still failing to do in the least developed countries.

In the Central Plateau region of Haiti there was no clean water, no medical care and very little in the way of primary education.

He later developed Hepatitis A, which was so severe that his Partners in Health friends thought he would need a liver transplant.

As Dr Farmer recalls there were several turning points that occurred during his initial visit to Haiti in 1983.

Perhaps the most profound happened while he was working as a volunteer at Hospital St. Croix. a young pregnant Haitian lady came in with severe malaria.

She slipped into a come and needed a blood transfusion.
But there was no blood in the hospital and the medical staff couldn't raise enough money to both transport her to Port-au-Prince and to buy blood.

Eventually, her condition worsened and she and her unborn baby died.
Later Farmer managed to raise enough money from donations in the US to buy the hospital its own blood bank equipment.

Later, still, together with friends and colleagues, Farmer thought about an organisation that would support the growing health system around the town of Cange.

But it wasn't only familiar diseases such as malaria that Farmer and his Haitian colleagues had to deal with.

This was the beginning of the HIV/Aids pandemic and Haiti was badly affected.
“By the mid-1990s, HIV/Aids was a big problem in Haiti,” says Farmer. “When we decided to test people, we found out that up to 40 per cent of all the patients who came to us for treatment had HIV.”

“I thought that there must be a way of getting antiretroviral drugs to the poor in Haiti because at the time there was more Aids there than anywhere else I had ever been, recalls Farmer.

“So our Partners in Health group spent several years trying to figure out how to answer that question: How do we get these drugs to the poor in Haiti? It was a bizarre time for me because at one end of the Harvard-Haiti trajectory I was getting off the plane in Boston and begging my patients there to please take their antiretroviral Aids medicines and at the other end of the trajectory I was being begged by patients in Haiti for me to get them Aids medicines.”

Scandalously, at the time, the rich industrialised countries of the West were reluctant to provide highly active ART to HIV infected people in developing countries.

Those who argue against the provision of antiretroviral therapy to Aids patients claim that it’s much too expensive.

Even today there are those who continue to argue that it is simply not possible, or even wise, to deliver complex medical services in settings as poor as in rural Haiti, where prevention should be the sole focus.

But such beliefs are changing. However, over the past few years there have been an overall decline in the price of antiretroviral drugs

But such beliefs about cost-effectiveness are changing rapidly with time. For example, over the past few years there have been an over 90 per cent decline in antiretroviral drugs.

In spite of this positive development, the international development aid community still has serious issues to grapple with; issues such as health and human rights as well as US and EU foreign policy towards the developing world.
Furthermore, there also needs to be a rethink in the way the humanitarian and development community approach a fluid disaster relief operation in conflict-prone areas such as Africa’s Great Lakes region.

In short, issues that deal with increasing structural violence against the world’s poorest communities.
Invité 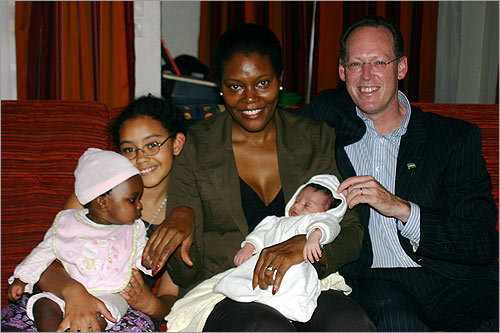